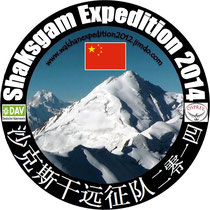 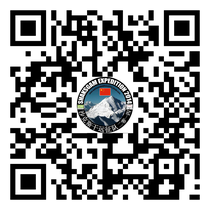 From Kashgar, the knot of the southern Silk Route, we go by jeep for 275km to Kargilik (chin.: Yecheng). On the way we pass Yarkand, part of the legendary trade route “Leh-Yarkand” between India and Central Asia. Younghusband describes the land as “nothing but a desert” where cultivation is only possible along the river. “The mountain slopes are as bare as the plains, and were it not for the oases, no more inhospitable country could be imagined……a land of extremes. On one side nothing – not the possibility of anything; on the other – plenty. Fruit gardens amongst the most inviting surroundings, cool shady lanes with watercourses running in every direction, giving life to everything.“[1]. After a 5h ride we reach Kargalik (Yecheng). From here our way leads into „the labyrinth of pathless mountains[2]“ of the Kun Lun. On the next day we cross two passes of 3.150m and 5.000m ride by jeep until we reach the military check point of Mazar. Here we leave the Xinjiang-Tibet-Highway and follow a dirt track along Yarkand river through narrow gorges. After 250km and a 10h jeep ride we finally reach the last permanently inhabited settlement and military checkpoint of Yilik (Ilik) at the confluence of Surukwat and Yarkand river at a height of 3.500m – dead end of any motorable route.

On the next day we devide our equipment on the camels and start our trek fort he next four days with our local camel men. The local team members allow us to get into contact with the local nomads that lead their herds of goat, sheep but mostly yak to the meadows along our way.[3] First we follow the Surukwat upstream. Spender describes SurukwatValley in his report as u-shaped and driven 300 to 400ft deep into the ground from where nothing can be seen from the landscape.[4] Younghusband reports of a narrow gorge which was filled up completely by the river at his time – but that could be overcome by a route leading over the top.[5] In the following days we cross the legendary AghilPass (4.805m) with it´s lake, which Younghusband first discovered for the Western world in 1887. About the beautiful panorama rom the top, he says that „surely no view man has ever seen can excel that. To describe the scene in words would be impossible.”[6] Shipton describes a range of gently rounded, snow capped peaks as the northern part of the Aghil range, great granite precipices at the eastern end and limestone peaks standing like sentinels  above this remarkable pass in the west.[7]

The ShaksgamValley below as a part of the old trade route between Leh and Yarkand, infamous for the raids of the Hunza and Kanjuti coming from Pakistan/Shimshal pass to rob the caravans on their way. Younghusband mentions a case in autumn of 1888: „a party of 78 men of Hunza (Kanjutis), armed some with matchlocks, some with swords, and some with picks only, had come from the Shimshal Pass, one hundred and ninety miles distant….and attacked a caravan and carried off a quantity of goods, and had captured, to take away as slaves….21 Khirghiz men and women.”[8]

We descend from AghilPass into the Shaksgam, which deserves ist name as „the dry pebbles“or „the box of pebbles“ according to Mason.[9] Younghusband describes a barren valley with no trees and shrubs or bushes were only found in small patches along the river bed.[10] For an impressive description we listen to Shipton`s words: „The Shaksgam Valley was a weird place, shut in on both sides by gaunt limestone cliffs…The bottom of the valley was composed of sand and gravel flats, often half a mile wide. Over these the river flowed sometimes concentrated into one great body of water…sometimes split into a dozen streams…every now and than the river hurled itself against the cliffs on our side of the valley, and forced us, either to attempt a very difficult fording or to look for a route along the face of the crags.”[11]  Those conglomerate cliffs were composed of a mass of boulders and pebbles in a matrix of sand – and very friable, sometimes standing as much as a thousand feet above the present level of the river as ancient terraces that lines the sides of the valley.

Those cliffs and river terraces play a most important part in travel through this country. Once on top of such a terrace it makes am excellent highway. But the conglomerate cliffs are absolutely perpendicular and impossible to climb if they are high. Shipton reports of difficult detours and horrible difficulties climbing through steep gullys to reach such a terrace just to realize, that the path was cut by a number of ravines cut by side streams to such a depth that they are quite impassable. The same for descending from those terraces.[12]

For this strenous way through the Shaksgam Valley we finally get rewarded by a breathtaking panorama over the four mighty north faces of K2 (8.611m), Broad Peak (8.047m), Gasherbrum I (8.068m) und II (8.037m). Deeply impressed by this view, Younghusband noted: “It was one of those sights which impress a man forever, and produce a permanent effect upon the mind – a lasting sense of the greatness and grandeur of Nature`s works – which he can never lose or forget.”[13]